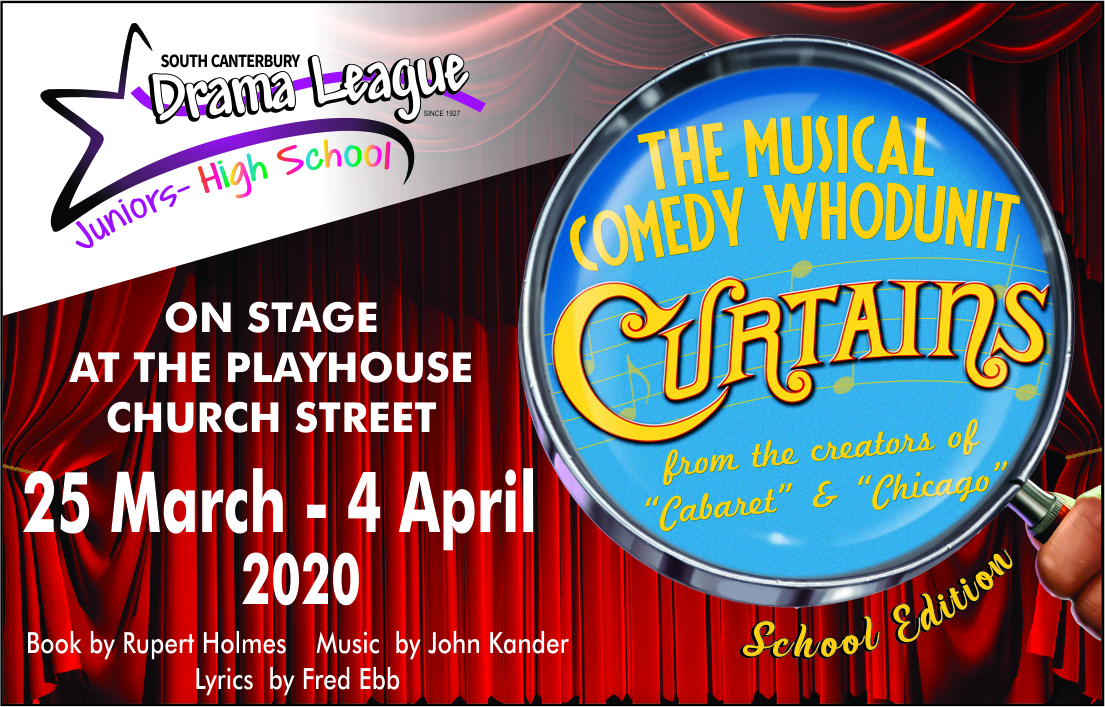 GIVE THE EXPERIENCE OF QUALITY TIME THIS CHRISTMAS

CURTAINS – The Musical Comedy Whodunit from the creators of Chicago and Cabaret.

It’s the brassy, bright, and promising year of 1959. Boston’s Colonial Theatre is hosting the opening night performance of a new musical.
When the leading lady mysteriously dies on stage the entire cast & crew are suspects. Enter a local detective, who just happens to be a musical theatre fan!

All SCDL shows are now being performed at The Playhouse, Church Street, Timaru – The Home of Theatre.
We have limited seating and with just 8 performances, you need to get in quick!!

Curtains is the most ambitious Full Length Musical Comedy our Junior Section has ever undertaken!

BY ARRANGEMENT WITH ORiGiN™ THEATRICAL