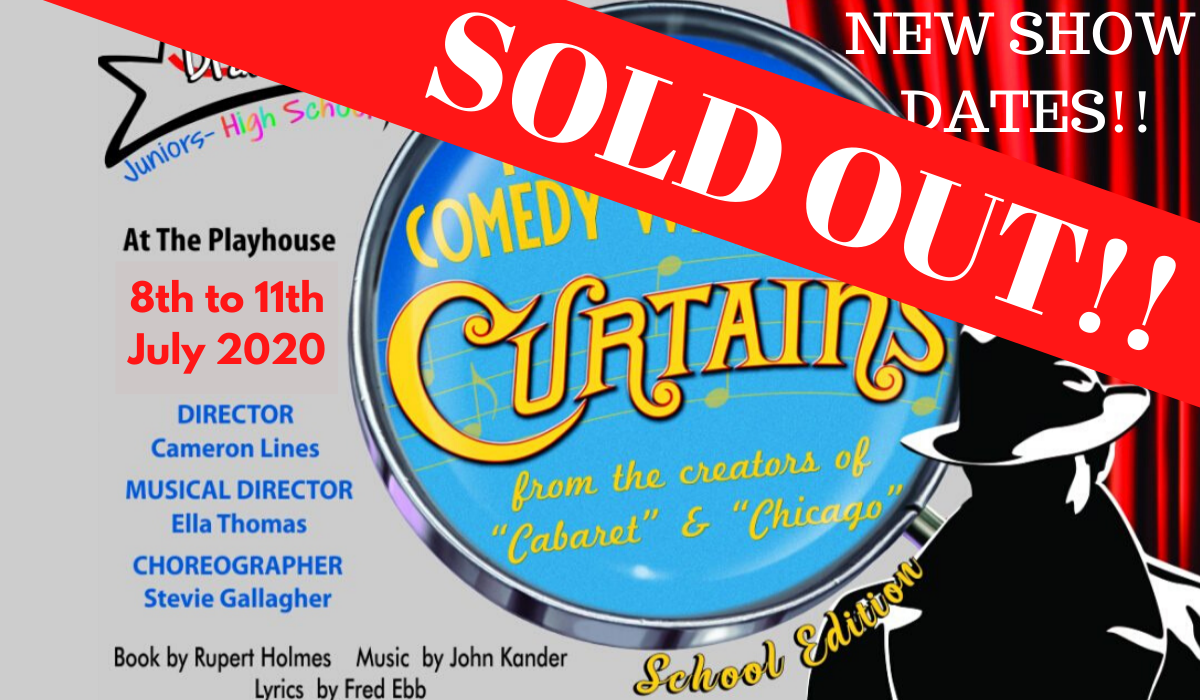 Well that is definitely a moment in time we are never going to forget.  As you are all aware, we went into lockdown the week Curtains was due to open but what I can now tell you is that the cast have started rehearsals and we have set dates for this show of

Bare with us while we activate the ticketing with these new dates.  We can’t wait to have you back at the Playhouse.  If you had tickets previously, we would love your purchase again when they come back on sale.  Your League and these young ones who have been waiting many weeks to bring you this top class show – need your support now more than ever.

CURTAINS – The Musical Comedy Whodunit from the creators of Chicago and Cabaret.

It’s the brassy, bright, and promising year of 1959. Boston’s Colonial Theatre is hosting the opening night performance of a new musical.
When the leading lady mysteriously dies on stage the entire cast & crew are suspects. Enter a local detective, who just happens to be a musical theatre fan!
Packed with glorious tunes, challenging harmonies, big dance routines, fabulous costumes and a witty, charming script filled with numerous delightful characters, CURTAINS is a hilarious, must see, full length, action packed 2 hour non – stop journey for both performers and the audience.

All SCDL shows are now being performed at The Playhouse, Church Street, Timaru – The Home of Theatre.
We have limited seating and with just 4 performances, you need to get in quick!!

BY ARRANGEMENT WITH ORiGiN™ THEATRICAL ON BEHALF OF THEATRICAL RIGHTS WORLDWIDE, NEW YORK