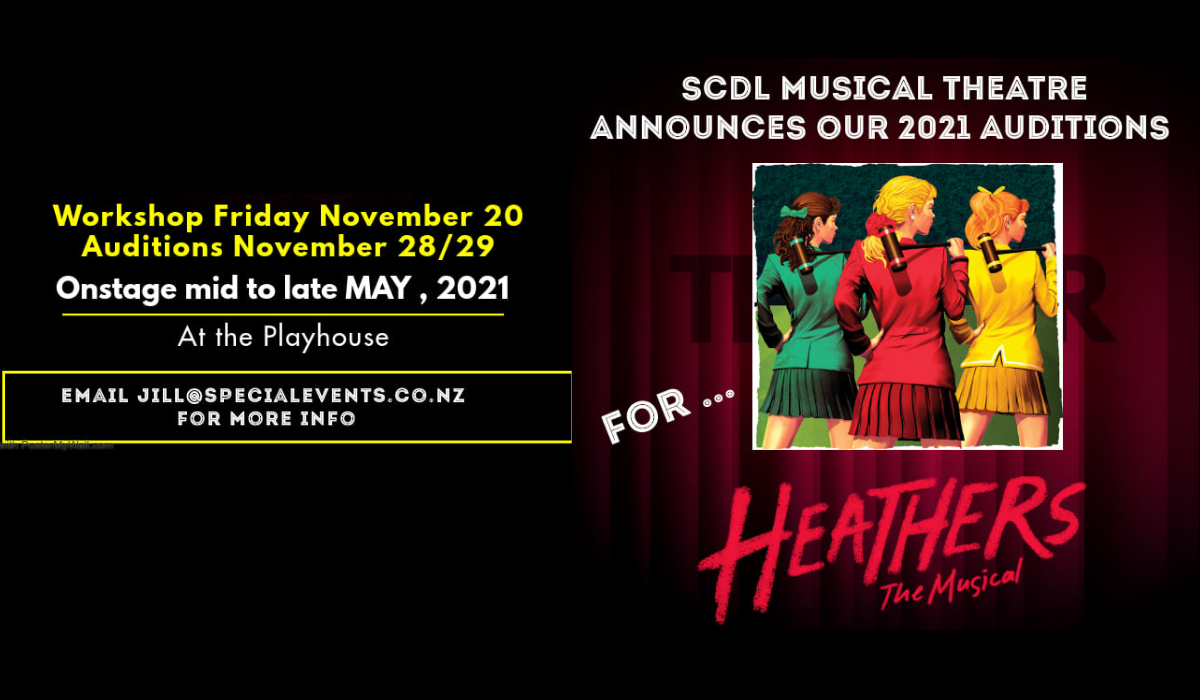 ABOUT Heathers the Musical AUDITIONS

Announcing… upcoming workshop and auditions for ‘Heathers the Musical’, our 2021 production with the talents of Cameron Lines, director; Ella Thomas Musical Director and Stevie Gallagher, Choreographer!

Based on the classic 1989 film, Westerberg High is ruled by a shoulder-padded, scrunchie-wearing junta: Heather, Heather and Heather, the hottest and cruelest girls in all of Ohio. But misfit Veronica Sawyer rejects their evil regime for a new boyfriend, the dark and sexy stranger J.D., who plans to put the Heathers in their place – six feet under!