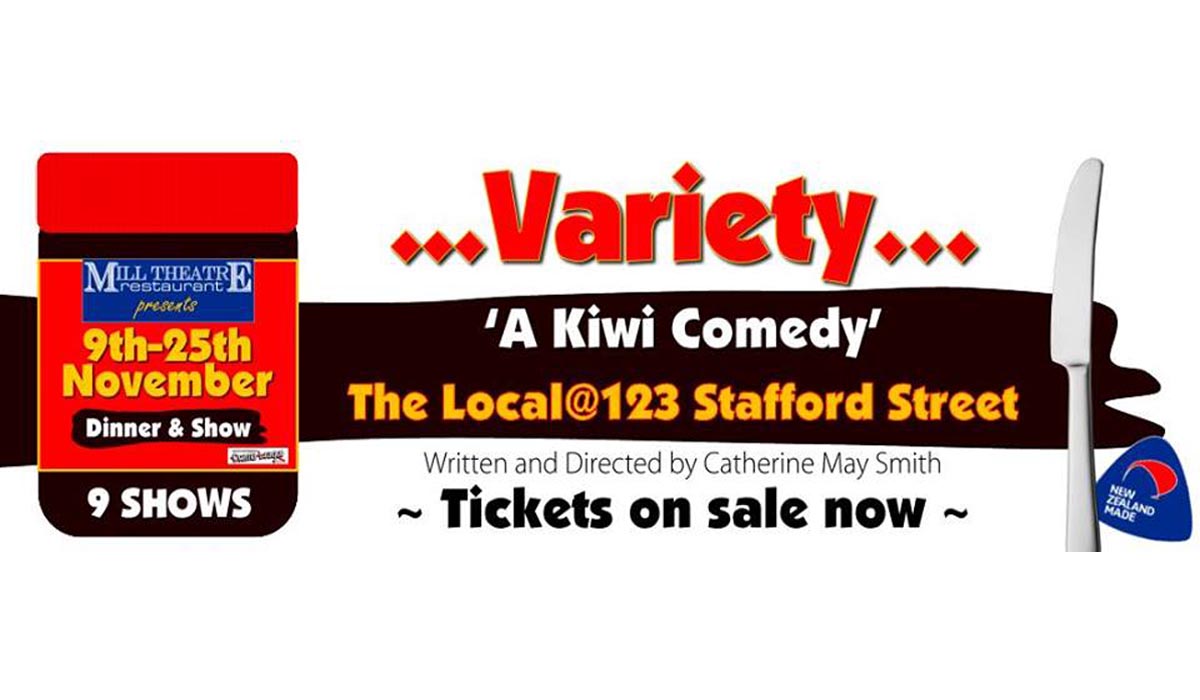 ABOUT Variety: A Kiwi Comedy

Moira wants to run for local MP – her problem? The locals don’t like her and the feeling is mutual. At the town meeting Moira finds herself making all kinds of weird promises to win everyone over… including lying to the local hippy that she will be opening a Kiwi sanctuary – unfortunately, this is a lie – but the lie catches on. Suddenly, Moira, stuck in a lie finds herself entrenched with the locals planning a Fundraiser Variety Show for the Kiwi Sanctuary that doesn’t exits… town venues, the Ladies Choir, the local Drama Group’s competitive Variety Show, the media, enemies and all the town’s “stars” are thrown into Moira’s life. But what will she do if the truth comes out?